HBV enters the cell through caveolae-mediated endocytosis (Macovei et al. 2010) Rating=1 (Hao et al. 2011) Rating=2. Caveolae are specialized lipid rafts that form 50-70 nm flask-shaped invaginations of the plasma membrane. The virion is presumably internalized in the caveolae upon binding to host receptors, and subsequently delivered to the early endosome. The latter matures into late endosome, accompanied by a pH acidification down to pH 6.0.

It has been first proposed that caveosome endocytosed viruses were taken to pH-neutral organelles in the cytoplasm called caveosomes and finally delivered to the ER, but this has been refuted in (Parton et al. 2010) Rating=2

Comments:
Most virus entering the cell through endocytosis use clathrins. The few shown to enter through caveolin-mediated endocytosis are polyomavirus, hepadnavirus, and few picornavirus, retrovirus and papillomavirus. Interestingly, most these viruses are replicating in the nucleus. 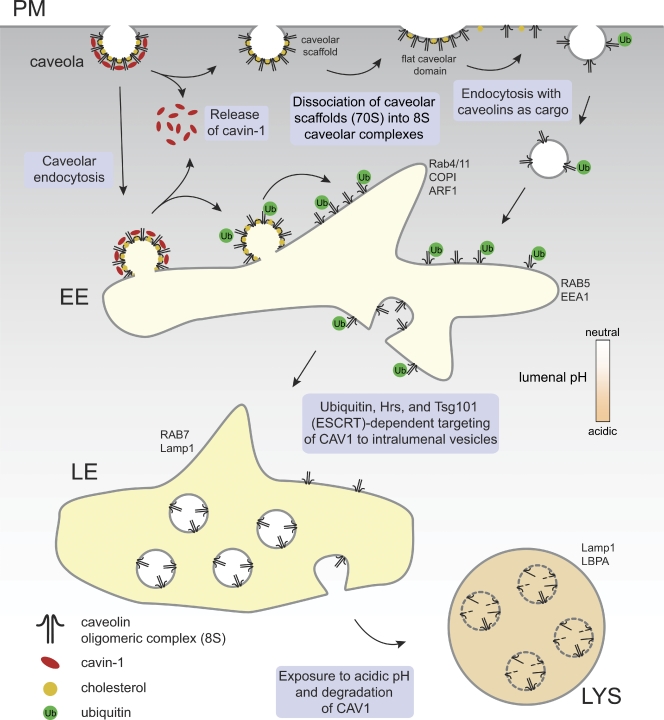