Filamentous phages are released by a concerted mechanism of assembly and secretion called extrusion. The neosynthesized virions are coordinately exported as they are assembled at the cell surface in a secretory process that leaves the host cell fully viable. Extrusion requires three non-capsid proteins, two of them allowing translocation through the inner membrane (IM) and one secretin-like protein forming the transmembrane channel in the outer membrane (OM).

A viral single-stranded DNA binding protein coats progeny viral DNA molecules to generate the intracellular precursor for assembly of phage particles as they are extruded through the membranes of the bacterial host. The five structural proteins of the virus are anchored in the inner membrane before their incorporation into the phage particle. As assembly proceeds, the phage genome traverses the inner and outer membranes until the entire DNA molecule has been coated and extruded 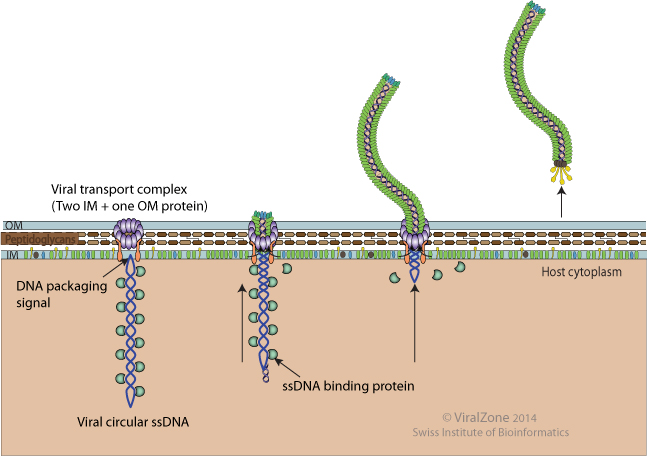