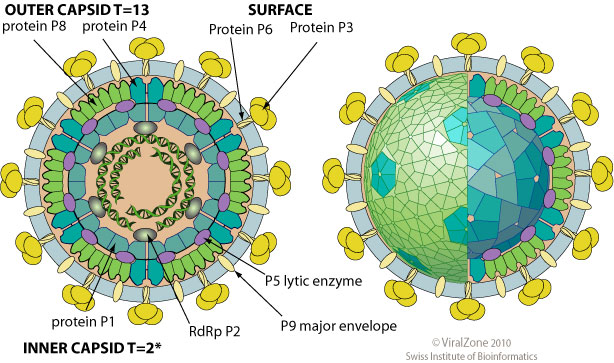 Each segments encode for a polycystronic mRNA, translated into several proteins by the procaryotic translation machinery.