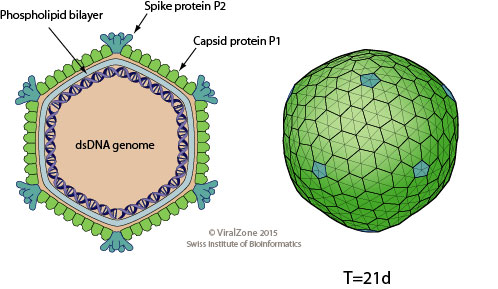 The genome is organized in three operons.