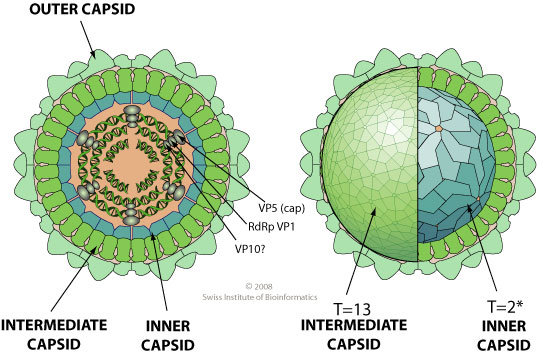 The dsRNA genome is never completely uncoated, to prevent activation of antiviral state by the cell in response to dsRNA. The viral polymerase VP1 synthesizes a capped mRNA from each dsRNA segment. This capped mRNA is translocated to the cell cytoplasm where it is translated. VP9 protein is expressed via RNA suppression of termination.