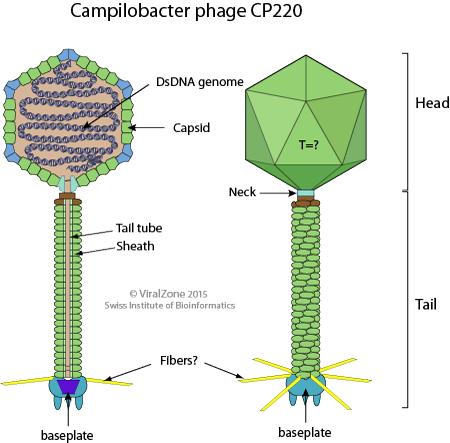 Non-enveloped, head-tail structure. The icosahedral head is about 93-96 nm in diameter. Has a neck without a collar, and a small base plate. The tail of about 96-140 nm in length and 20 nm in width is contractile. Fibers about 38 nm in length are attached on the tail.