Macropinocytosis of virus by host 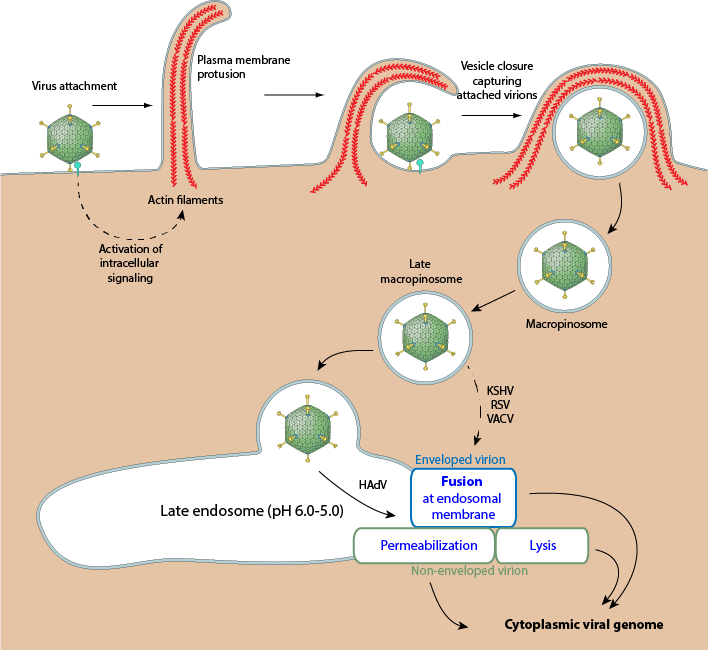 Macropinocytosis is responsible for nonspecific uptake of fluid, solutes, membrane, ligands and smaller particles attached to the plasma membrane. Formation of this type of endocytic vesicles occurs as a response to cell stimulation, resulting in the formation of ruffles at cell surface that engulf a portion of extracellular material into a vesicle called macropinosomes

Many viruses exploit this non specific entry route, by attaching to the cell surface and triggering a macropinocytic signal. Macropinosome uptake then occurs in arbitrary locations on the cell surface. "Thus any bound virus, whether associated with the activating receptor or not, has a chance for internalization."