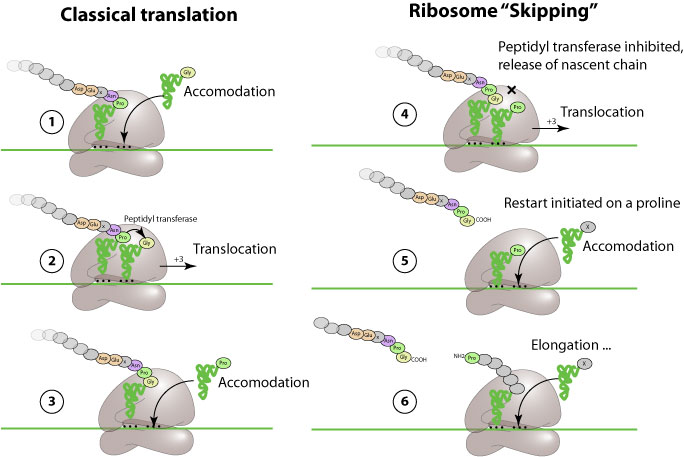 Ribosomal "skipping" is an alternate mechanism of translation in which a specific viral peptide prevents the ribosome from covalently linking a new inserted aa, and let it continue translation. This result in apparent co-translational cleavage of the polyprotein.
This process is induced by a "2A-like", or CHYSEL (cis-acting hydrolase element) sequence. This sequence comprises a non-conserved sequence of amino-acids with a strong alpha-helical propensity followed by the consensus sequence -D(V/I)ExNPG P, where x= any amino acid. The apparent cleavage occurs between G and P.
Ribosomal "skipping" has been observed only in +ssRNA and dsRNA viruses, whose hosts are animals, plant or insect. The conserved motif has been identified also in trypanosoma and in some fungus proteins.