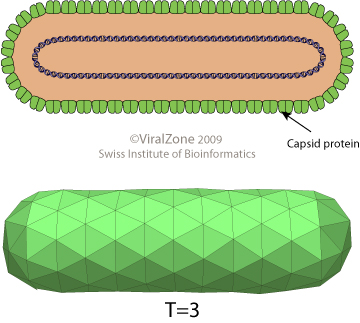 Non enveloped, bacilliform particles of 130 x 30 nm. The capsid is presumably based on a T=3 icosahedral symmetry.

ORF2 and ORF3 are expressed by leaky scanning of genomic RNA.