Non-enveloped. Small, icosahedral, about 60 nm in size. A single molecule of circular dsDNA is contained within the capsid, which is composed of 72 pentamers arranged on a T = 7 lattice. 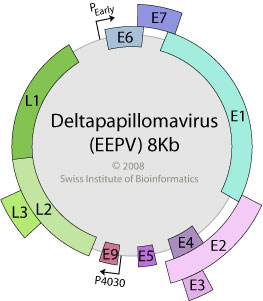