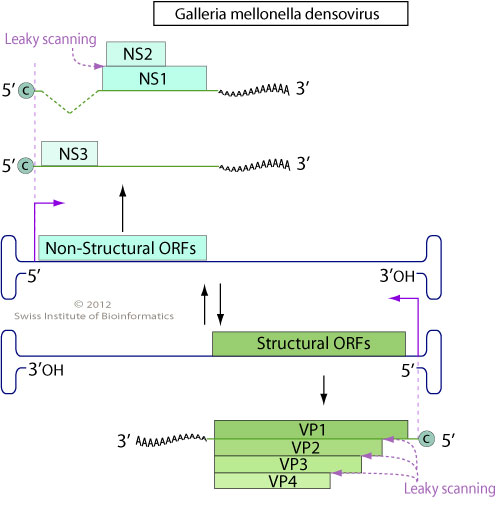 Linear, ssDNA genome of about 6kb in size, with long inverted terminal repeats (550 nt). Equal amount of positive and negative strands are encapsidated, although the percentage of particles encapsidating the positive strand can be lower depending on the host cell. ORFs for the structural and non-structural proteins are located on both DNA strands.
The genome is replicated through rolling-hairpin mechanism.