Vesiculovirus is a genus of ssRNA- viruses in the family Rhabdoviridae that infect mammals. These viruses are transmitted by insects (arbovirus) and rarely infect humans in which they cause flu-like disease that can lead to encephalitis. 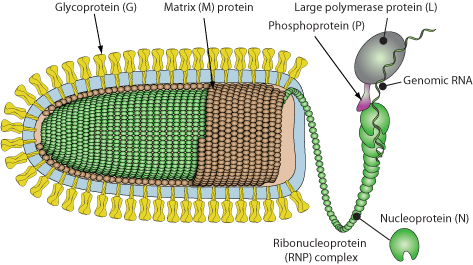