Flagellum is a lash-like appendage that protrudes from the cell body of certain bacteria.
Some DNA bacterial viruses use flagella to attach to the host cell. This contact with the flagellum facilitates concentration of phage particles around the receptor on the bacterial cell surface.
Usually these interactions take place via the phage tail. However, caulobacter crescentus phages phiCb13 and phiCbK seem to use their head filament instead. 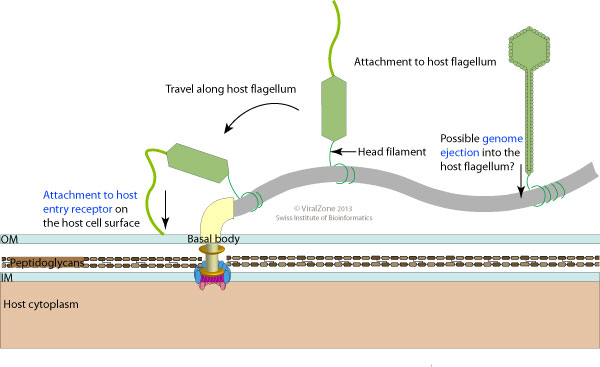