Circularization of infecting DNA within the host cell is a rather common amongst bacterial viruses to protect the viral genome ends from nucleases, to convert the linear genome to an integrative precursor or to give rise to the replicative form of the genome.
Circularization, also known as cyclization, can be mediated by covalent closure of the DNA "sticky" ends, recombinaison between redundant terminal sequences or via the binding of a protein at the viral DNA extremities. 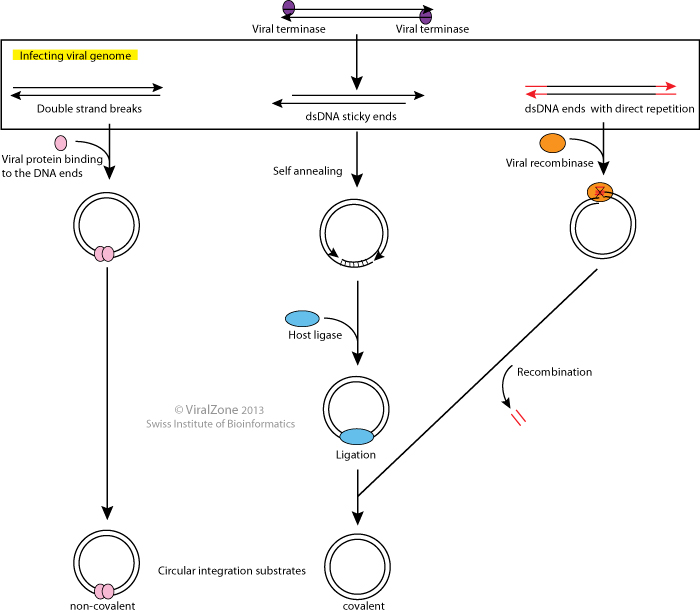