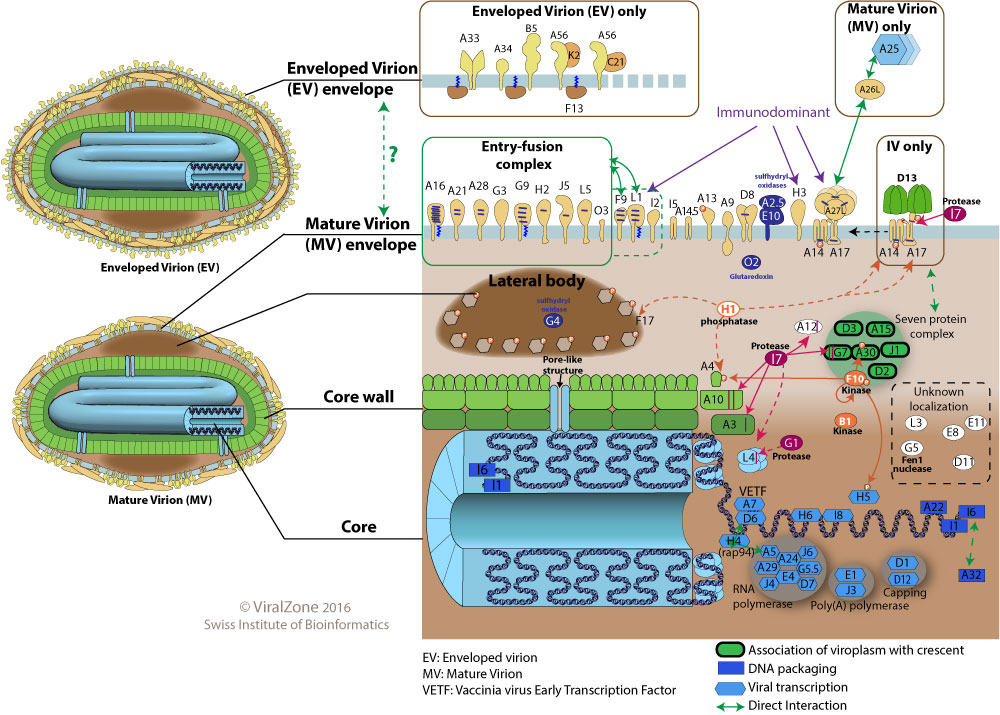 Important: Poxvirus genes are transcribed in the cytoplasm by viral enzymes and are not spliced because there are no splicing machinery outside the nucleus. If they were expressed from a plasmid in the nucleus, artefacts could result from mRNA splicing. The surface proteins of mature virions are not expressed in the endoplasmic reticulum of the cell, and the disulfide bonds are made by a viral sulfohydryl-oxidase in the cytoplasm. Expression of these proteins from plasmids can lead to artefacts.

Acknowledgement: Thanks for the help of Rich Condit, Nissin Moussatche