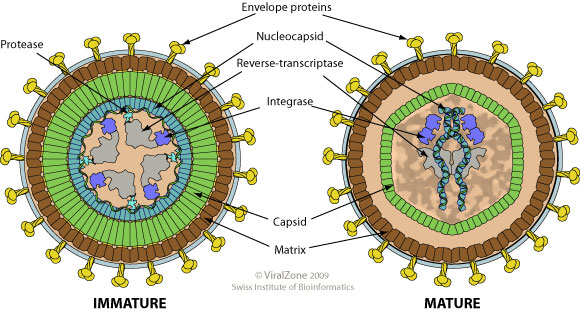 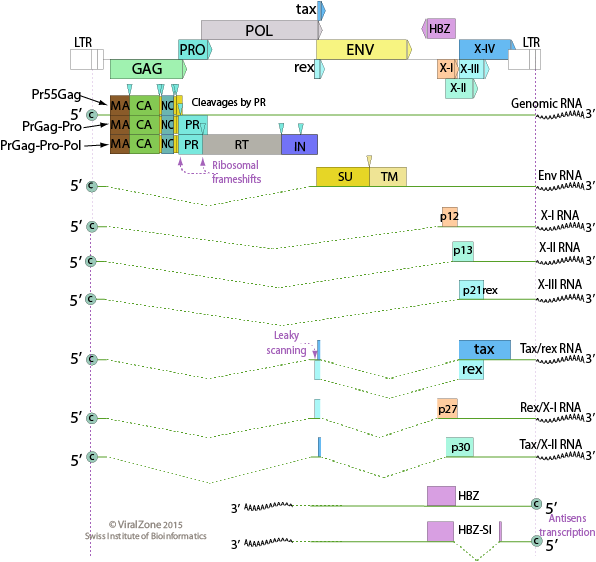 The integrated provirus utilizes the promoter elements in the 5'LTR to drive transcription. This gives rise to the unspliced full length mRNA that will serve as genomic RNA to be packaged into virions or used as a template for translation of gag, gag-pro (1 ribosomal frameshift), and gag-pro-pol (2 ribosomal frameshifts) polyproteins. The singly spliced mRNA encodes env that is cleaved into SU and TM envelope proteins. Completely spliced mRNAs encode Rex and Tax. Rex escorts unspliced and singly spliced RNAs out of the nucleus of infected cells. Tax is a transcriptional activator that activates viral and cellular genes. Four accessory proteins p27I, p12I, p13II and p30II are also produced by alternative splicing of ORFs I and II.