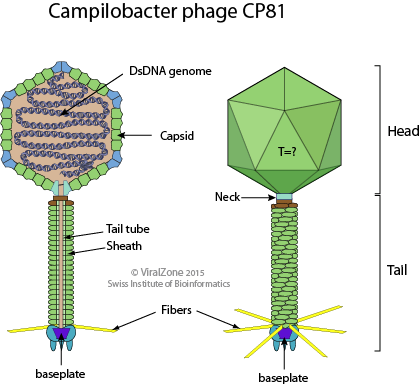 Non-enveloped, head-tail structure. The icosahedral head is about 96 nm in diameter. Has a neck without a collar, and a small base plate. The tail of about 97 nm in length and 21 nm in width is contractile. There is a baseplate with a bundle of presumably six tail fibers about 38 nm in length.

Circularly permuted dsDNA genome of about 132 kb, encoding for about 149 proteins.