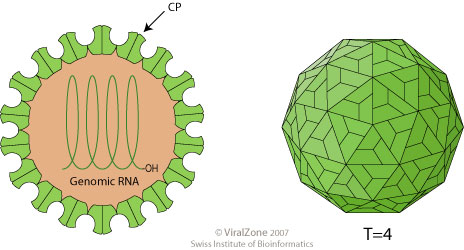 The virion RNA is infectious and serves as both the genome and viral messenger RNA. Genomic RNA is translated into a polyprotein which is cleaved presumably by a viral protease into replication proteins. Replication produces a subgenomic RNA which encodes for capsid protein.