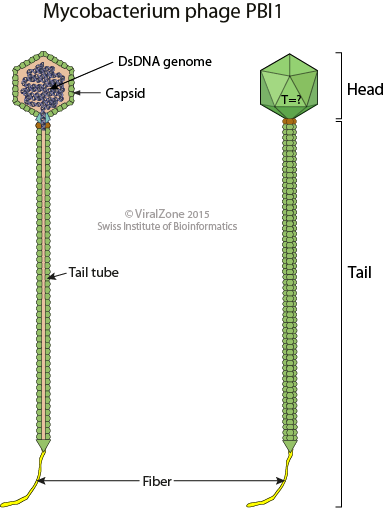 Non-enveloped, head-tail structure. The icosahedral head is about 60 nm in diameter. The non-contractile tail is about 360 nm in length. There is a small baseplate and a terminal fiber.

Circularly permuted dsDNA genome of about 64 kb, containing about 81 genes.