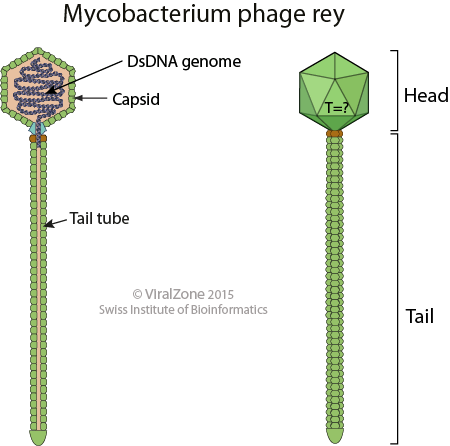 Non-enveloped, head-tail structure. The icosahedral head is about 75 nm in diameter. The non-contractile tail is about 300 nm in length. Presence of a large number of tRNAs (19-21).