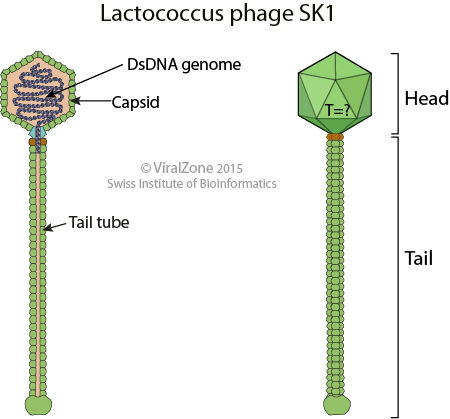 Non-enveloped, head-tail structure. The capsid is icosahedral, about 45 nm in diameter. The non-contractile tail is about 120 nm in length.

Linear, dsDNA genome of about 28 kb, containing about 54-59 genes. The genome has cohesive ends (cos sites)