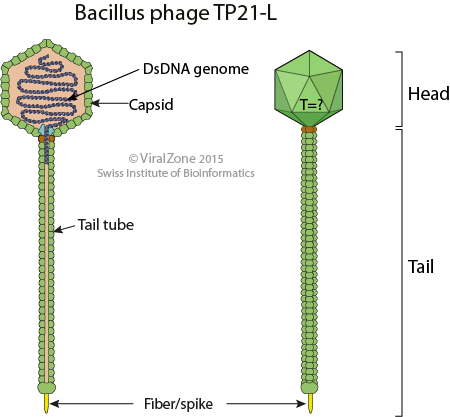 Non-enveloped, head-tail structure. The icosahedral head is about 58 nm in diameter. The non-contractile tail is about 145 nm in length and 11 nm in width, it is terminated by a single tail fiber.