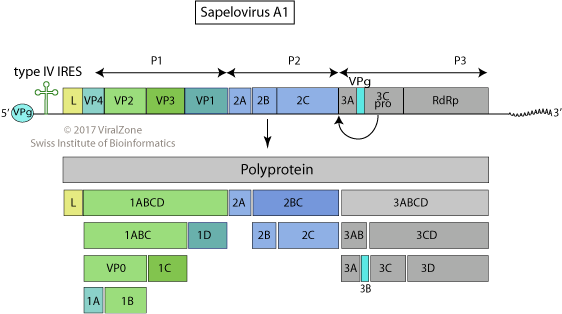 Monopartite, linear, ssRNA(+) genome of 7.5-8.3 kb, polyadenylated, composed of a single ORF encoding a polyprotein. Viral genomic RNA has a viral protein (VPg) at its 5' end instead of a methylated nucleotide cap structure. The 5' end contains a type IV internal ribosome entry site (IRES). The P1 region encodes the structural polypeptides. The P2 and P3 regions encode the nonstructural proteins associated with replication.