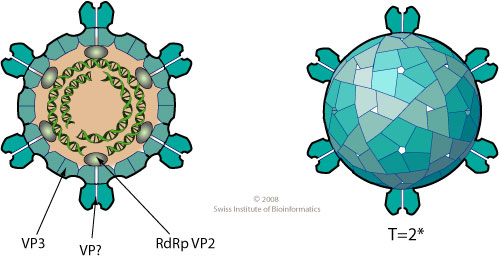 Non enveloped, turreted virion with a T=2* icosahedral symmetry, about 49-50 nm in diameter. The capsid is composed of only a single shell of protein. 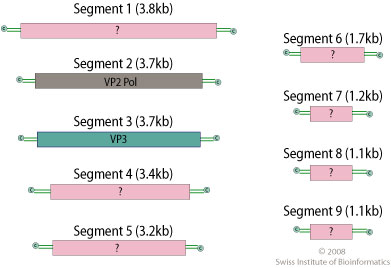