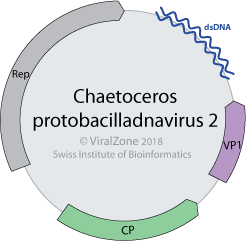 Circular ssDNA genome of about 5-6 kb that is partially double stranded on about 800bp. Encodes for 3 proteins.