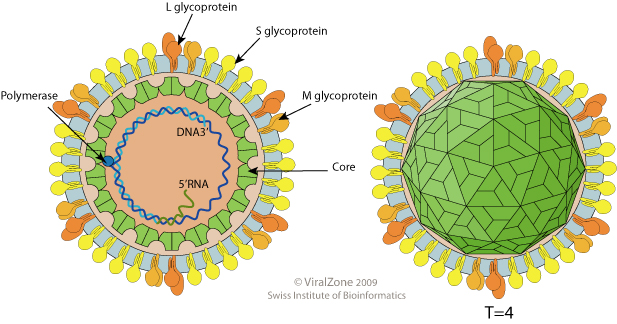 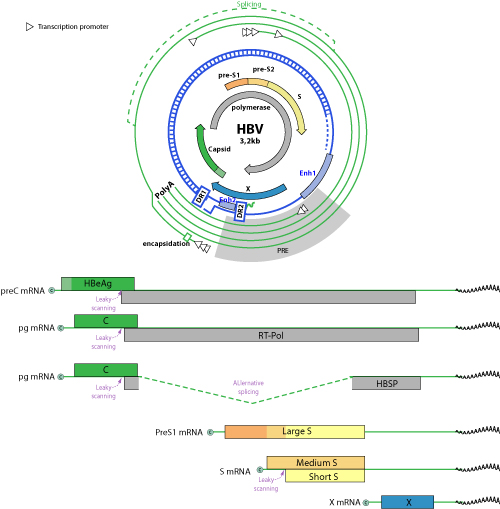 Partially dsDNA circular genome, about 3.2 kb in size. Encodes for 7 proteins. On rare non-specific recombination, the viral genome can be integrated in host chromosome. This inactivates the integrated virus but can gives the host cell a replicative advantage sometimes leading to hepatocarcinoma.

The minichromosome is transcribed by cellular RNA polymerase II under the control of three to four promoters (the core, pre-S1, pre-S2/S promoters, and the X promoter in mammalian viruses) and two enhancer regions (ENH1 and ENH2). The pre-genomic RNA is alternatively spliced. The unspliced form is exported from the nucleus through a PRE motif possibly by capsid protein. The Polymerase and short S proteins are expressed by leaky scanning from the pg mRNA and the S mRNA respectively.