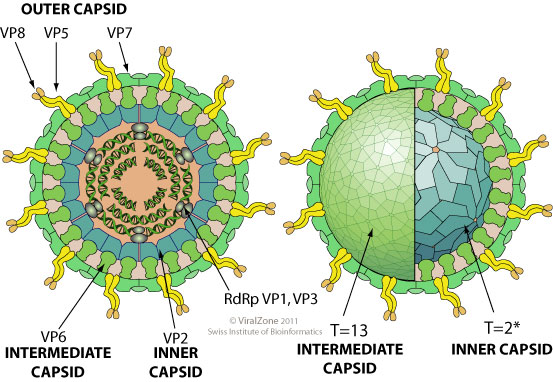 Segmented linear dsRNA genome. Contains 11 segments coding for 12 proteins. Segments size range from 667 to 3,302nt (SiRV-A/SA11). Genome total size is 18,550 bp (SiRV-A/SA11). The viral mRNAs contain 5'-methylated cap structures but lack polyA tail. Instead, rotavirus mRNAs have at their 3' end a consensus sequence (UGACC) that is conserved in all 11 viral genes.
Co-infection of cells with different rotavirus strains belonging to the same serogroup A, B or C undergo mixing of the genome segments (genetic reassortment).

The dsRNA genome is never completely uncoated, to prevent activation of antiviral state by the cell in response of dsRNA. The viral polymerase VP1 synthesizes a capped mRNA from each dsRNA segment. This capped mRNA is translocated to the cell cytoplasm where it is translated. NSP3 may act as a translation enhancer for viral gene expression.
Most segments are generally monocistronic. However, some segments encode more than one protein:
Segment 11 of rotaviruses A (but not rotaviruses C) encodes a second out-of-frame protein NSP6 by leaky scanning. Rotaviruses C NSP3 seems to produce two proteins by ribosomal skipping. Rotaviruses B segment 5 contains at least two potential ORFs. Segment 5 of the novel adult diarrhea virus, ADRV-N (nongroup A, B, C) may be cleaved into two products.

Rotaviruses counteract many antiviral pathways in a strain-specific manner

:
NSP1 protein induces the proteasome-dependent degradation of IRF3, IRF5, and IRF7 to prevent their induction of IFN 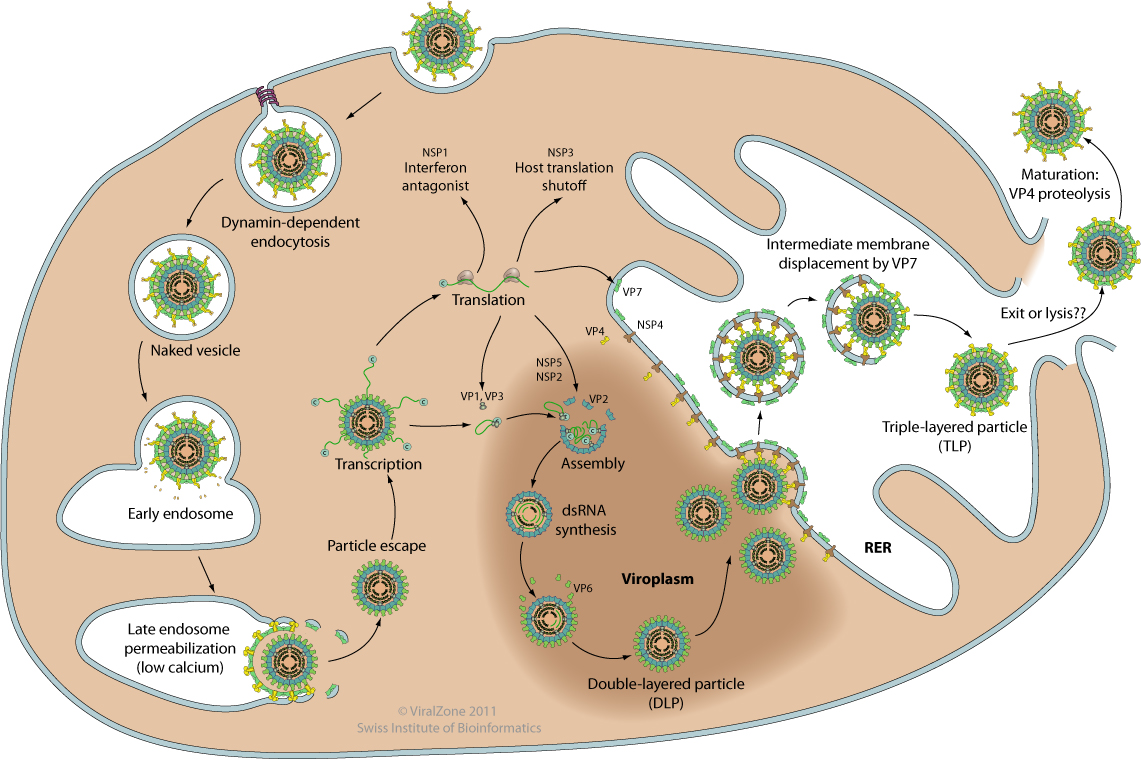