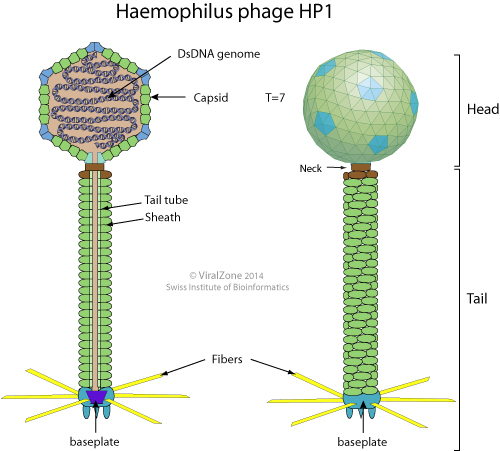 Non-enveloped, head-tail structure. Heads are about 60 nm in diameter and tails 135 x 18 nm. The tail is contractile, has 6 long terminal fibers, 6 short spikes and a small base plate. The capsid has an elongated icosahedral symmetry T=7, composed of 72 capsomers (60 hexamers and 12 pentamers). Upon contraction, the tail sheath becomes loose and slides along the tail core.

Linear, dsDNA genome of about 33 kb, encoding for about 45 proteins.