Inhibition of host IKBKE by virus

Upon activation of viral RNA sensors, such as RIG-I-like receptors, IKK-epsilon associates with DDX3X and phosphorylates interferon regulatory factors (IRFs), IRF3 and IRF7, as well as DDX3X. This activity allows subsequent homodimerization and nuclear translocation of the IRF3 leading to transcriptional activation of pro-inflammatory and antiviral genes including IFNB. In order to establish such an antiviral state, IKBKE forms several different complexes whose composition depends on the type of cell and cellular stimuli. 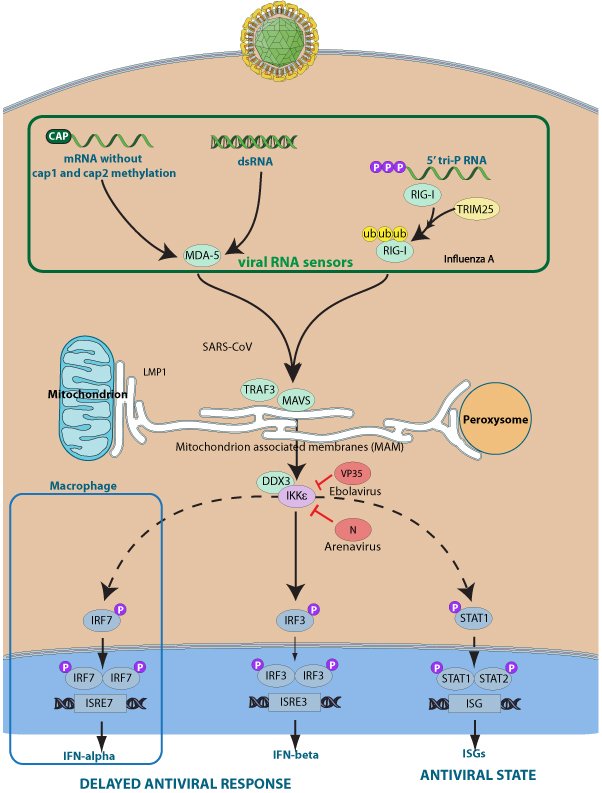 Several viruses including arenaviruses or ebola virus interact directly with and inhibit IKBKE/IKK-epsilon to prevent IRFs activation. Engagement of arenavirus nucleocapsid protein seems to sequester IKKepsilon in an inactive complex while VP35 from ebola virus interferes with the interaction between Ikkepsilon and IRF3/IRF7 substrates.