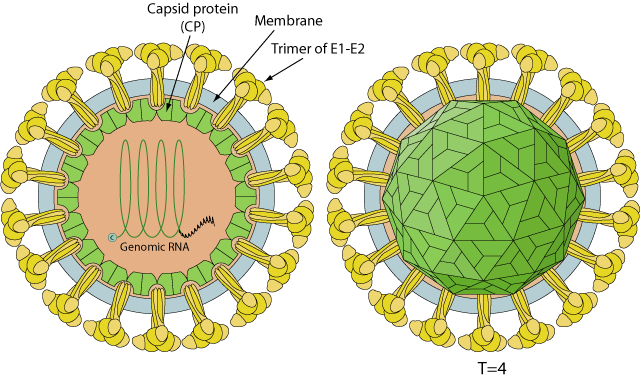 Enveloped, spherical, icosahedral, 65-70nm in diameter, capsid with a T=4 icosahedral symmetry made of 240 monomers. The envelope contains 80 spikes, each spike are trimer of E1/E2 proteins. 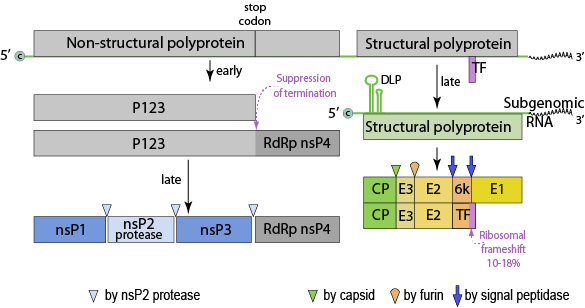 Monopartite, linear, ssRNA(+) genome of 11-12 kb. The genome is capped and polyadenylated.

The virion RNA is infectious and serves as both genome and viral messenger RNA. The whole genome is translated into a non-structural polyprotein which is processed by host and viral proteases. RdRp is expressed by suppression of termination at the end of 10% of nsP polyproteins. In late phase of infection, structural polyprotein is expressed through a subgenomic mRNA. The mRNA contains a Downstream Hairpin Loop (DLP)to avoid the translation shutoff induced by the host PKR in the late phase of infection. A truncated version of the structural polyprotein is produced by ribosomal frameshifting in the 6K region, the frameshift induces the translation of the TF protein