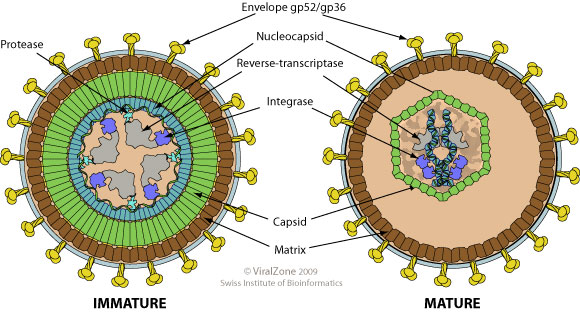 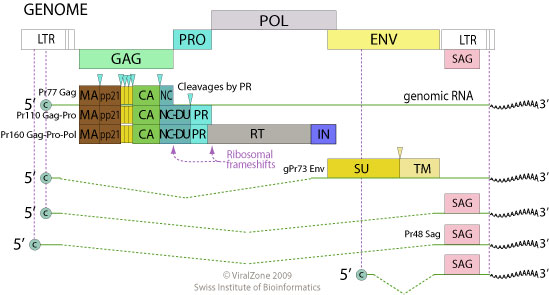 The integrated provirus utilizes the promoter elements in the 5'LTR to drive transcription. This gives rise to the unspliced full length mRNA that will serve as genomic RNA to be packaged into virions or used as a template for translation of gag, gag-pro (1 ribosomal frameshift), and gag-pro-pol (2 ribosomal frameshifts) polyproteins. The spliced mRNAs encode env that is cleaved into SU and TM envelope proteins and sag, a superantigen encoded at the 3'end of the MMTV genome.