Inhibition of host TRAFs by virus

Several TRAF family members have been involved in the signaling pathway leading to the establishment of the antiviral state in the infected cells by viruses. For example, TRAF2(U12597:9606) has been shown to be essential in RIG-I(AF038963:9606) mediated expression of interferon upon Sendai virus infection in mouse fibroblasts. TRAF3(U21092:9606) and TRAF6(U78798:9606) are also key components of the signaling pathway downstream of MAVS. 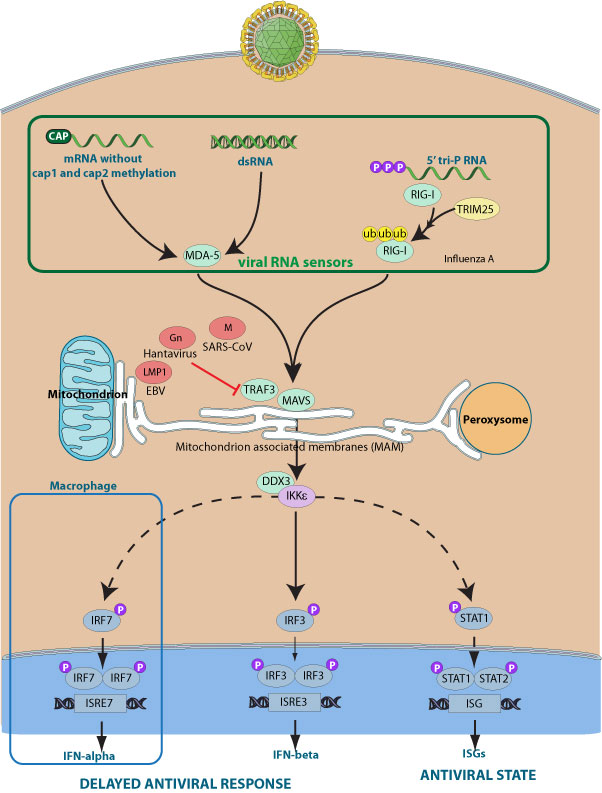