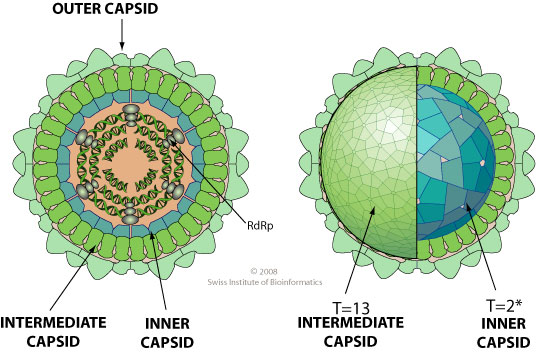 Segmented linear dsRNA genome. Contains 11 segments encoding for at least 11 proteins. Segment 1 of MpRV is 5.8 kb long, the longest segment of any of the characterized reoviruses.