Inhibition of host JAK1 by virus 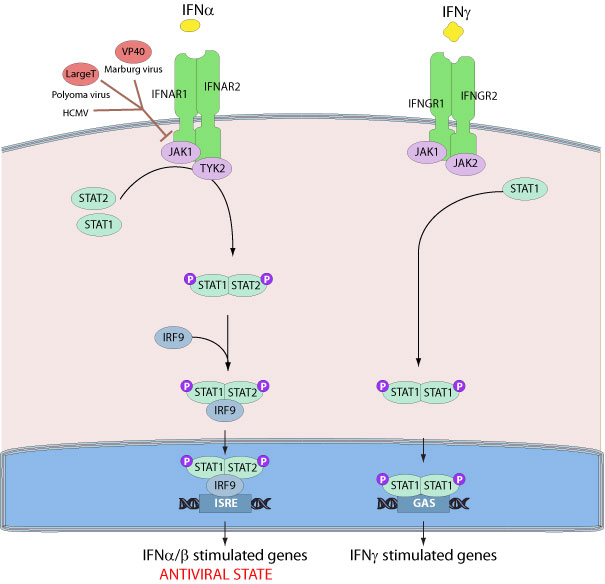 Several viruses have evolved specific mechanisms to prevent the establishment of an antiviral state by inhibiting key components of the signaling pathway. For instance, the polyomavirus large T(P03070) antigen binds to Janus tyrosine kinase 1 and inactivated signaling through IFN receptors. The Marburg virus VP40(P35260) protein is able to prevent the tyrosine phosphorylation of JAK1(M64174:9606) and subsequent phosphorylation of STAT1(M97935:9606) and STAT2(M97934:9606).