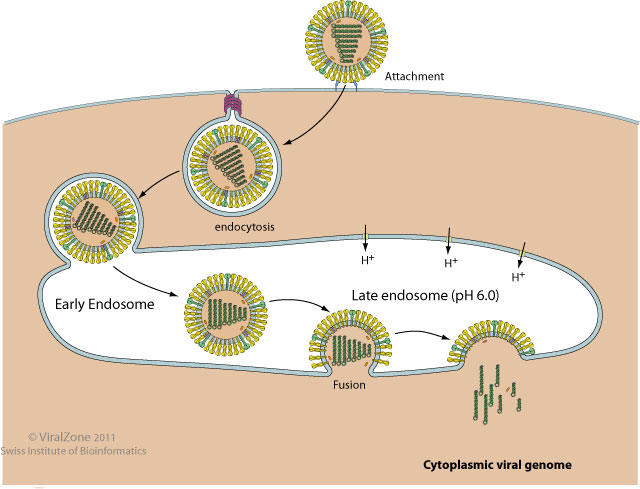 Enveloped viruses use specialized machinery to fuse viral and host cell membranes after internalization through the endosomal pathway. Viral fusion proteins drive this fusion reaction by undergoing major conformational change. The specific trigger depends on the virus and very often involves the exposure to the low pH of the late endosome.

All fusion proteins are active in a trimeric conformation. Most of them are natively trimeric, some of them are dimers on the virion surface but are converted to trimers upon activation

.
Fusion proteins have to be produced in an inactive state in order to avoid to trigger fusion in the Golgi or other compartments upon synthesis and transport to the cell surface. Many are activated in the trans.Golgi network or at the cell surface by proteolytic cleavage which reveals the fusion peptide.


Fusion mechanism according to the “viral fusion pore” model of Lee K.

. A different model has been described with PIV5 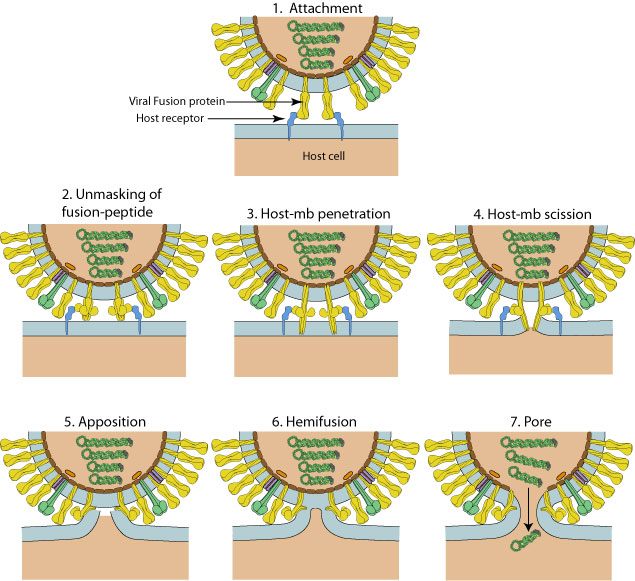