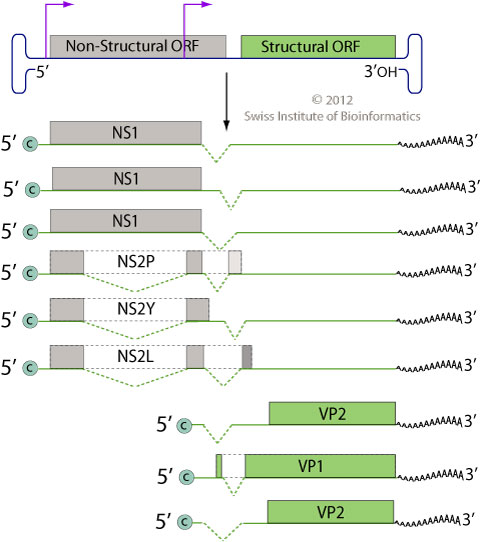 Linear, ssDNA genome of about 4 to 6 kb in size. Both positive and negative strands are encapsidated, although the percentage of particles encapsidating the positive strand can be lower depending on the host cell. MVM packages predominantly negative-sense single strands, while LuIII encapsidates strands of both polarities with equal efficiency. ORFs for both the structural and non-structural proteins are located on the same DNA strand.
The genome is replicated through rolling-hairpin mechanism.

Parvovirus infection induces host cell death in cancerous cells. Apoptosis is the major form of cell death. However, necrosis has also been reported during infection of the minute virus of mice and parvovirus H-1