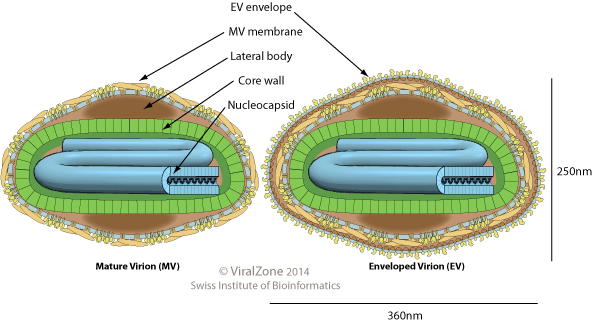 Linear, dsDNA genome of about 154kb. The linear genome is flanked by inverted terminal repeat (ITR) sequences which are covalently-closed at their extremities.